…what happened to America in 2016 has long been happening in America, before there was an America, when the first Carib was bayoneted and the first African delivered up in chains. It is hard to express the the depth of the emergency without bowing to the myth of American unity, when in fact American unity has always been the unity of conquistadors and colonizers – unity premised on Indian killings, land grabs, noble internments and the gallant General Lee. Here is a country that specializes in defining its own deviancy down so that the criminal, the immoral and the absurd become the baseline, so that even now, amidst the long tragedy and this lately disaster, the guardians of truth rally to the liar’s flag. 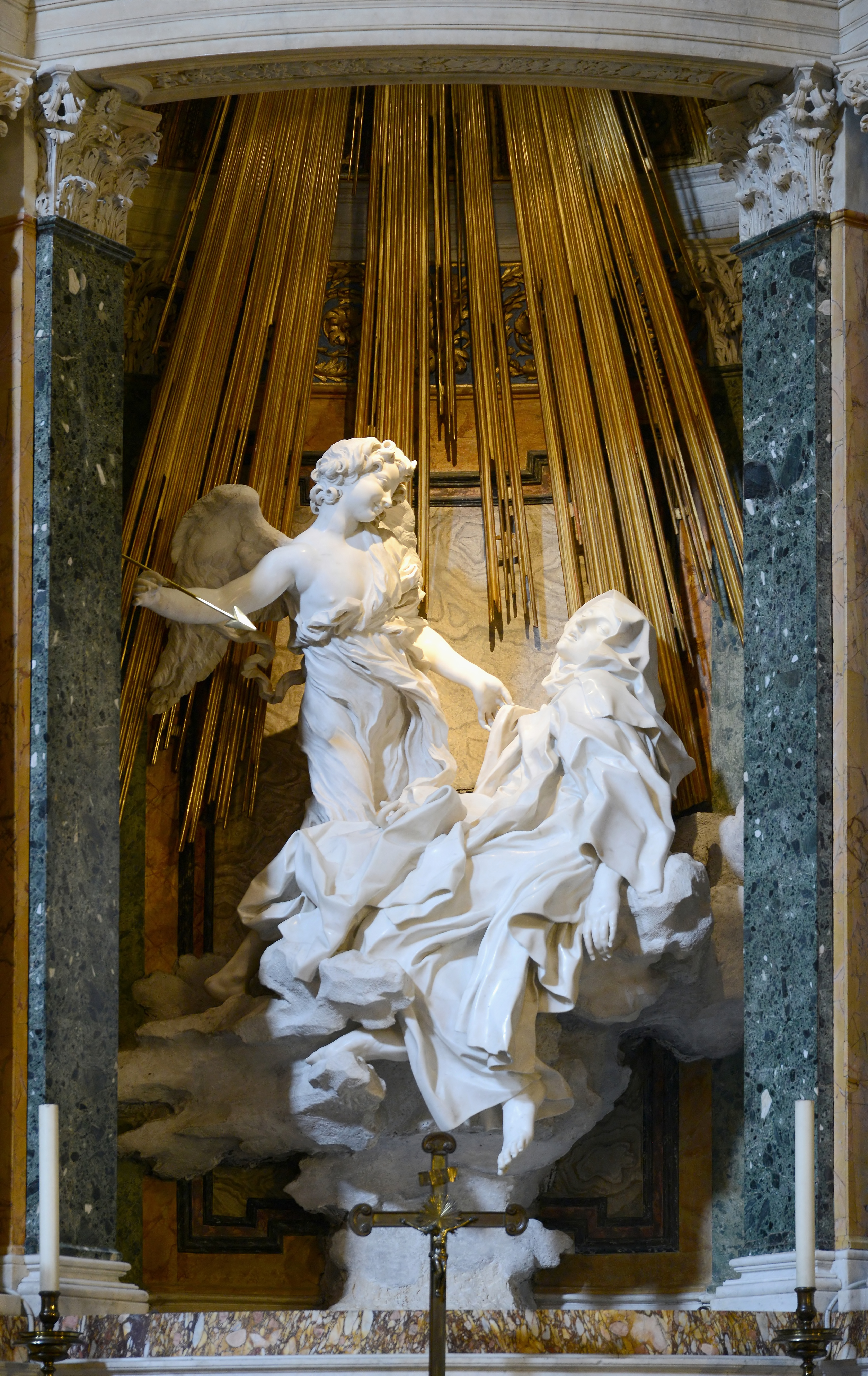 Is traveling outside of the U.S. therapeutic? I certainly hope so. But before I teleport out, I have to share some readings with you. If you haven’t read Ta-Nehesi Coates’ piece “The First White President” (here), please do.
Adam Shatz in the London Review (here) also writes about American racism and makes the same point Coates makes; Trump is a legacy of the Obama presidency. Is it paradoxical that “a cipher of a man has revealed the hidden depths, the ugly unmastered history, of the country he claims to lead”?

The New School for Analytic Psychology has started a film series (here). I will be helping facilitate the discussion after a showing of “Embrace of the Serpent”. This movie, set in the headwaters of the Amazon, flips Conrad’s “Heart of Darkness” on its head and made me think of Gregory Bateson’s essay “Conscious Purpose versus Nature” (here). From the depredations in the Amazon Basin to microplastics in Pacific Northwest shellfish to Caribbean hurricanes to U.S. politics, we are surrounded by our pathologies.

Though like “The Ecstasy of St. Teresa”, the sublime can occasionally emerge from our pathologies.

I haven’t posted for months. Why? …I ask myself.
I could say: I was trying to hold down two jobs; my wife and I had to move; I was focused on an exhilarating 4 month seminar mounted by the New School of Analytic Psychology. But really…I just couldn’t see that could I add anything to our national discourse. Social media has been pulsating with fear and loathing. There was no need for me to pile on and hurl my puny imprecations at the president* or his toadies. It took the MSM years to recognize the feckless shallowness of George Bush but there has been no such lag time for this administration. Even the three conservative columnists at the New York Times (Brooks, Douthat and Stephens) have expressed, with vehemence, their distaste for the president* and their fears for the nation and their Party.

This post was propelled by David Brooks opining on other matters. Mr. Brooks likes to share his readings and the other day he filed another book report, this one headlined “How We are Ruining the Nation”. Based on his reading of two recent books, his piece describes how the educated, American upper middle class “rigs the system”. Their wealth and time is invested heavily in their children’s education and upbringing; they cultivate their kids. They use residential zoning restrictions to “keep the poor and less educated away from places with good schools and good job opportunities.” They use their purchasing power to clothe themselves in cultural codes that exclude those outside their class:

To feel at home in opportunity-rich areas, you’ve got to understand the right barre techniques, sport the right baby carrier, have the right podcast, food truck, tea, wine and Pilates tastes, not to mention possess the right attitudes about David Foster Wallace, child-rearing, gender norms and intersectionality.

Though this is largely a seventeen year old “insight” drawn directly from his book about bourgeous bohemians (“Bobos in Paradise”), he does take a big step. He can now recognize that beyond how people symbolically accessorize their status, there are also very real political and economic “structures” which support class differentiation. If you substitute “the bourgeoisie” each time Brooks uses “upper middle class”, his op-ed piece reads like an old-timey Marxist analysis.
Two years ago I wrote about Brook’s delayed advance into 19th century social theory (see my posts here and here); so… progress noted. Although he wants “latte liberals” to know that they are complicit in our economic and political shit-show (and they are), he owns his membership in this class; so…degree of self-awareness noted.

This American bourgeoisie that is now investing heavily in their children has grown up with post-Reagan neo-liberalism (summarized here). As working adults, they have not been offered the defined benefit pensions their grandparents worked toward. They have 401K’s that are subject to the Wall Street casino or they have hit a jackpot at the tech craps table because they happened to be where “the market” happened. However much they may decry the fact, they know that there is no American foundational commitment to a social safety net. They can see that the American “middle class” has been hollowed out. They know in their bones that the caprice of “the market” will decide their children’s fate so their offspring need to be educationally armed and socially groomed. Even if they are “latte liberals” who are uncomfortable with the current distribution of wealth, they rationally recognize that precarity is now the “nature” of our economic and social order. Profit is an unquestioned good; there are only winners and losers in “the market” and the accumulation of wealth by dispossession is the system’s inherent logic. Like the bourgeoisie at all times and all places, they don’t want to slide backward.
Should the following readings make their way onto Mr. Brooks’ reading list, perhaps his vision would clear:

A Brief History of Neo-Liberalism, David Harvey. (downloadable here) An essential primer on who we are today.

For a New Critique of Political Economy, Bernard Stiegler. An eclectic critique of the “systemic stupidity” of our consumerist economy nee culture.

The Case for Reparations, Ta Nahesi Coates. A chilling review of how residential zoning and redlining killed the wealth of African Americans.

I am going to end this post with a paragraph from Nikil Saval in n+1 which I wish I had written myself:

Few moments in history have been so crowded with narcissists: incapable of acknowledging the existence of others, unwilling to permit state and civil society—with their strange, confusing, downright offensive cult of taxes, regulations and public services—to impede their quest for monopolizing the mind, muscles, heart rate, and blood of every breathing person on earth. The Mormons, with their registries of the unsaved, have beaten Silicon Valley to the hosts of the dead—but it’s safe to assume that this, too, will not last.

Humanity in all its Terribleness

Right after the election a friend sent me this Buddhist maxim:

Things are not getting worse, they are getting uncovered, we must hold each other tight and continue to pull back the veil.

For Ta Nehisi Coates, the veil was pulled back in college:

It began to strike me that the point of my education was a kind of discomfort, was the process that would not award me my own special Dream but would break all the dreams,all the comforting myths of Africa and America and everywhere, and would leave me only with humanity in all its terribleness.

A basic substrate of white privilege in America has been a relative immunity to administration changes in Washington DC. But as of November 8th, if you present as a straight white American but you have black, brown or gay family members, there is fear in your family. For those of you who present as white Americans but belong to a union or worship in a synagogue or a mosque, there is fear in your workplaces and in your congregations. If you present as a white American and xenophobia, misogyny, racism and authoritarianism are affronts to your value system, welcome to the political discomfort millions of non-white and gay Americans have always lived with.

I wrote in July: “I think this election is turning out to be an inchoate plebiscite on neoliberalism” and that Trump was coming to bloom in a rich midden of economic dissatisfaction, racism and xenophobia. My last pre-election post shared Richard Rorty’s prescient warning about the appeal of the strongman to an America riven by economic inequality. But…however concerned I have been about our political culture…I refused to let myself believe what rough beast would actually get elected President of the United States of America. I feel like The Onion’s area liberal who “who no longer recognizes his fanciful, wildly inaccurate mental picture of the country he lives in“.

In Ta Nehisi Coates’ terminology I have been a Dreamer; unconsciously clinging to America’s moral exceptionalism. I am through Dreaming and I am going to take the advice Coates gave to his son: