At the Bargaining Table 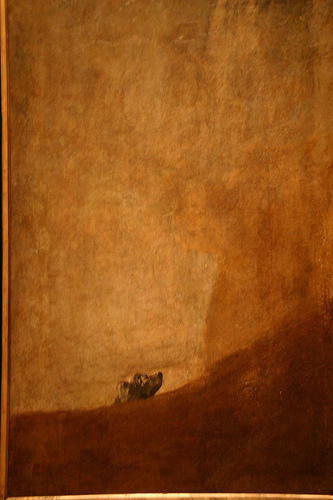 I represent workers in what used to be called “theater” and now more broadly should be called the “live entertainment industry”.

I sit at the bargaining table and often recognize that the employees I represent and the companies that employ them find themselves in the same structural position. My folks live from paycheck to paycheck. Our (mostly) non-profit employers live from season to season. A near miss in fund raising and/or a near miss in ticket sales sets off organizational alarm bells. For everybody at the table, margins are thin. Our economic positions are precarious and anxiety is high. Fiduciary responsiblity feels itself confronted by self-interest. Self-esteem is at stake; as is collegiality and hope for the future. These are the real stakes not the 2% raise that will purportedly keep up with the “cost of living”.

Typically everyone at the table (except me) is a co-worker.The employees rationally recognize that Management has more “power” and “control”. Those with “power” can bestow or deny the things we want. This distribution of power, at a root emotional level, is humiliating. It is easy to imagine (at this root emotional level) that Management has more to give and refuses to do so out of the sheer pleasure of withholding because it can. Management for its part has difficulty not begrudging the loss of its ability to roll out unilateral decisions. Furthermore, managers tend to view the stewardship of their enterprise as the anxious juggling of constraints that are insufficiently appreciated by their employees. For their part, the employees experience the net effects of contraints every time they look at their paychecks. They come to the table not so much interested in constraints as primarily focused on their needs.

The more similar the structural position the more relational the negotiations can become. If I can promote the mutual recognition that everyone at the table is a stakeholder in the same enterprise then Management’s anxieties and employee desires can be articulated, considered and refashioned in light of each other. Managers can be reminded that empathy for their employees is a virtuous constraint and employees can recalibrate their expectations. Our full, human struggle to reach agreement by recognizing the other’s position is morality in action.

Unsurprisingly, the larger the corporate entity, the less relational the negotiations. At the other end of the relational spectrum, I have been dealing with two, multibillion dollar corporations wholly owned by two multibillionaires. These entities are “too big to fail”; they are too wealthy to care. For the functionaries who negotiate on behalf of these behemoths, negotiations are not about people but about “units” of labor and time; resources to be costed out. There are no moral, qualitative variables in their corporations’ algorithms of “success”. Discourse about the employees as ends in themselves is irrelevant and unwelcome. The immiseration of workers is an externality to the bottom line. The people I represent are ciphers in a formula. If the numbers crunch, my people work and eat. If the numbers don’t crunch for us, then we are the “losers”. The “winners” are people who have no choice but to sell themselves more cheaply.

The functionaries across the table from me are themselves merely means to a corporate end. They are not allowed (and/or do not permit themselves) to engage in the essentially moral activity of recognizing the other. They are complicit and they are victims.