In recent posts, I have tried to point out the virulently fertile nexus of neoliberal market culture and the media to which we are connected. This headline from The Guardian says it all: “UN human rights chief Zeid Ra’ad Al Hussein calls for world to reject populist bigots – in full”. A short excerpt:

Populists use half-truths and oversimplification – the two scalpels of the arch propagandist, and here the internet and social media are a perfect rail for them, by reducing thought into the smallest packages: sound-bites; tweets. Paint half a picture in the mind of an anxious individual, exposed as they may be to economic hardship and through the media to the horrors of terrorism. Prop this picture up by some half-truth here and there and allow the natural prejudice of people to fill in the rest. Add drama, emphasizing it’s all the fault of a clear-cut group, so the speakers lobbing this verbal artillery, and their followers, can feel somehow blameless. The formula is therefore simple: make people, already nervous, feel terrible, and then emphasize it’s all because of a group, lying within, foreign and menacing. Then make your target audience feel good by offering up what is a fantasy to them, but a horrendous injustice to others. Inflame and quench, repeat many times over, until anxiety has been hardened into hatred.

No wonder, according to reports, that Mr. Trump possesses such a fondness for McDonald’s, whose motto is “I’m lovin’ it.” The pitch requires no argument, no evidence, no complex rhetoric. You’re gonna love our burgers because the fact that billions of them have been sold proves the validity of the claim. You’re gonna love Mr. Trump because millions of Americans already do… There was nothing unusual about Mr. Trump’s acceptance speech in Cleveland, either. People were astonished that he did not tell a touching personal story, as all politicians do, and as Ronald Reagan did to consummate effect. Products, though, have no personal past or any kind of human dimension. A winning product is a result of the seller’s rigid, inflexible, even fanatical belief in the consistent quality of his merchandise.

The same goes for Mr. Trump’s bald lies at this week’s national security forum. He denied, despite hard evidence, that he ever supported the Iraq war. Pundits were dismayed. But his supporters love him all the more for his brazen adherence to the integrity of his “brand” over minor details like the truth.

Hence, the belligerent insularity of Trump & his supporters. How to combat this deformation of social and political discourse? By doing what these two commentators have done, engage in public reasoning: an activity completely alien to Trump and his spokespeople.

The Strongman in our Future 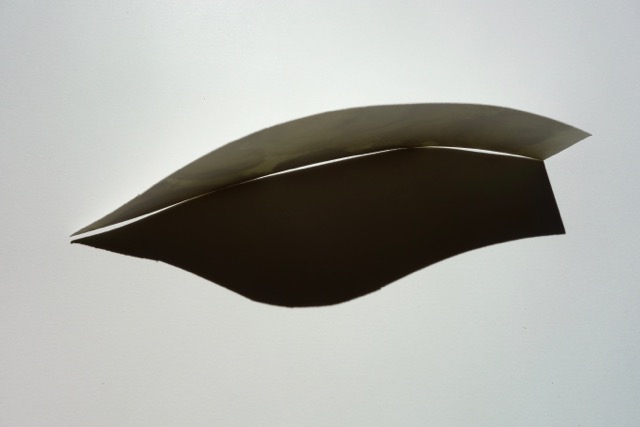 I took Philosphy 101 from Richard Rorty in 1968. I was a semi-literate 18 year old; I didn’t yet know what I didn’t know. All I remember of the experience was Rorty’s patrician elocution and that he first introduced me to the term “qua”. A few college courses later I began to glimpse the outlines of my ignorance and my interest in philosophy was launched. However it was decades later before I returned to Rorty. My learned friend J.M. recommended “Contingency, Irony and Solidarity” which spurred me on to the rest of Rorty’s work.

Later in his career Rorty left the strict confines of academic philosophy. His book on American politics “Achieving our Country” was based on lectures he gave almost 20 years ago. I am going to exercise crude editorial license and provide a long extract.

America is now proletarianizing its bourgeoisie and this process is likely to culminate in a bottom-up populist revolt…Since 1973, the assumption that all hardworking American married couples would be able to afford a home and the wife could then, if she chose, stay home and raise the kids has begun to seem absurd…Globalization is producing a world economy in which an attempt by one country to prevent the immiseration of its workers may result only in depriving them of employment. The world economy will soon be owned by a cosmopolitan upper class which has no more sense of community with any workers that the great American capitalists of the year 1900 had with the immigrants who manned their enterprises…in 1979 the kids from the top socioeconomic quarter of American families were 4 times more likely to get a college degree than those from the bottom quarter: now they are 10 times more likely…The old industrialized democracies are headed into a Weimar-like period, one in which populist movements are likely to overturn constitutional governments..(in America)…members of labor unions and unorganized unskilled workers will sooner or later recognize that their government is not even trying to prevent wages from sinking or to prevent jobs from being exported. Around the same time they will realize that…white collar workers themselves afraid…are not going to let themselves be taxed to provide social benefits for anyone else. At that point something will crack….the electorate…will decide that the system has failed and look for a strongman to vote for – someone who will assure them that the smug bureaucrats, tricky lawyers, overpaid bond salesmen and post-modern professors will no longer be calling the shots…One thing that is very likely to happen is that the gains made in the past forty years by black and brown Americans and homosexuals will be wiped out. Jocular contempt for women will come back into fashion.

Rorty is certainly not alone in espying the lineaments of fascism within liberal democracies; Antonio Gramsci, Edward Luttwak and Tony Judt also come to mind. But the last two sentences of Rorty’s quotation convey a particulary painful and American prescience. 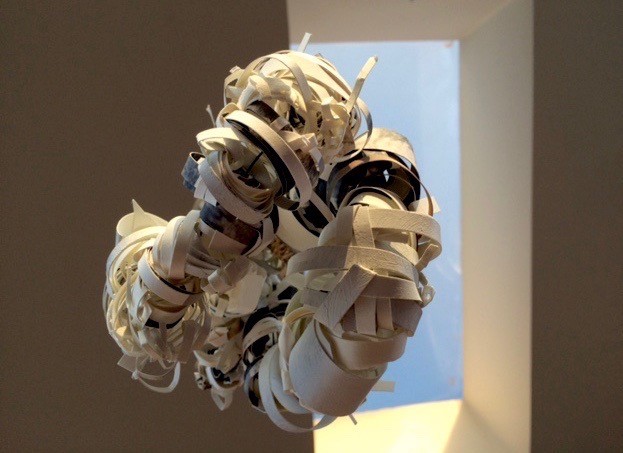 Driving home from work during the Republican convention, I heard an NPR interview with a Young Republican who was asked how she would explain the basic Republican philosophy to other young people in a way that they would understand. She replied immediately that a smart phone is the ideal metaphor: it is the product of entrepreneurs and it empowers each person to make choices and connect with the world. Hers was a very “normal” American take on reality: the small “freedoms” of the marketplace are wedded to the American veneration of a self-seeking individualism.

In his seminal 1958 essay, Isiah Berlin contrasts the small “freedoms” I have been talking about with another kind of “Freedom” which is more generative. A capital “F” freedom is not just freedom from an external constraint, but the liberty to affect the context of one’s choices and in so doing exercise positive control over your own life. Having the “Freedom” to achieve ones own ends has both an internal, personal aspect and an external, collective dimension.

Personally, I must have the “Freedom” to contend with my own self…my fears, my passions and the state of my education… in order realize my own potential and get where I want to go. In the social and political sphere, I may need to become an actor upon the world rather than just a passive consumer. If so, I will need the larger “Freedom” to participate in collective decision making. Do I have the “Freedom” to help generate a social or political context that is more favorable to my self-realization? Am I “Free” to start my own political party? Can I join a union and improve my workplace? Or, are these larger “Freedoms” foreclosed to me? Am I, or are my fellow citizens, hindered in our efforts to realize our individual potential because of the color of our skins? the crushing weight of student debt? the dearth of middle class jobs where we live?

A key difference between the two “freedoms” is that one requires a longer attention span than the other. Going with the smart phone metaphor, it requires little expenditure of attention to log on to a cell and compare college web sites. You have the “Freedom” to acquire an education and the “freedom” to become an indentured servant as a result. Though you are also “Free” to campaign for affordable education, that entails politics; the messy and time consuming practice of bumping into other people with different ideas of what “F(f)reedom” should look like.

We now live in a new kind of market-created culture that fights to capture every shift of our attention; however fleeting. A new bright and shiny object is always available to bait our attention because there is a market creating that bait and tailoring that bait ever more precisely to each user’s tastes. I am a grandfather who earned a degree in Anthropology 35 years ago. A recent ad on my Facebook page offered me a t-shirt that reads “Always trust a Grandpa with an Anthropology degree”. What you will look at tomorrow on the Internet has already been predicted and sold.

At one level, all of these bright shiny objects are the same, they are all potential clicks. Most of us know (at some level of consciousness) that Donald Trump is where he is today because he is clickbait. He knows how to be clickbait. He didn’t need Jeb Bush’s advertising war chest because he knew how to propagate exabytes of self-exposure for free. Thoughtfully considered and detailed public policy plans are not bright and shiny objects. A click on Trump, Kardashian or U.S. trade policy are all the same to the click-market. Content or the meaning of the content does not matter; merely the number of clicks. The algorithms didn’t judge Donald Trump, they merely propelled him to our attention. The more attention Trump got, the more of him we were offered; a feed back loop that had the result of giving him an illusory dimensionality.

I am hardly the first person to notice that Donald Trump is particularly suited to be where he is today. Trump doesn’t need multi-dimensional policy statements because there is really only one bright and shiny ornament on his policy tree; America is no longer great. It matters little that blaming trade agreements and immigration is simplistic and panders to ignorance and racism. The fear and dissatisfaction he is tapping into is very real.

But this is our brave new neoliberal world. The ephemeral can be monetized-“That’s only natural!” . We need not bother our pretty little heads thinking about “Freedom”- “Let the market sort it out!”. But when the free market’s outcomes are shitty, where do we turn? To a bright and shiny strongman who will let us keep our shallow freedoms (our smart phones, our guns, our Social Security). He will tell us what to do thereby relieving us of the fundamental Freedom to think for ourselves and shape our own political and social destinies.